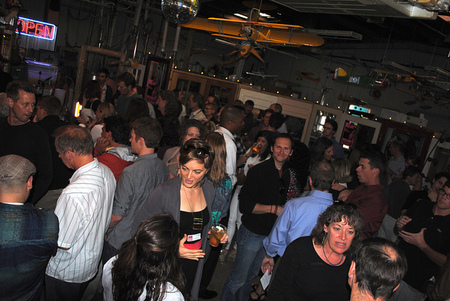 Hub Boulder had its first public event this week out at 303 Vodka. It was originally slated to be held downtown but when the number of RSVPs climbed to close to 300, we decided to move it out to the Bartertown neighborhood of Boulder. Despite (or maybe because of) the move, the turnout persisted in being phenomenal and included a whole range of folk, from those who already died-hard members of the Hub to those who came just to find out more. Tim Freundlich was on hand to talk about Hub Ventures' support for Hub Boulder and the vision for the next ten years of having Hubs in every major metropolitan city in the world with a membership of over 2 million change-makers, social innovators, and entrepreneurs cultivating the common good. Hub Boulder a dynamic piece of this movement and dojo4 is thrilled to be one of its founding members and primary supporters.

To become a member or for more info: http://www.hubboulder.com/memberships/